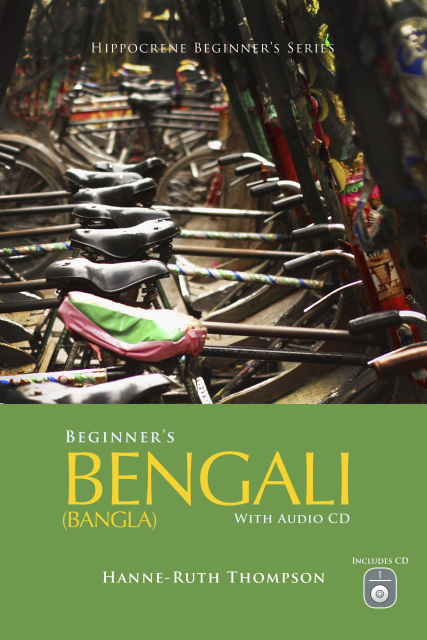 With a total of almost 200 million speakers, Bengali/Bangla is the seventh most widely-spoken language in the world. The language of Bangladesh and several Indian states, Bengali has a long history with a rich literature of a thousand years. It is a direct descendant of Sanskrit, as well as a sister language to Hindi, Urdu and several other Indian languages. Bengali has its own script, distinct from Devanagari which is used for Sanskrit, Hindi and Nepali.

Beginner’s Bengali utilizes Thompson's many years teaching Bengali by introducing basic sounds and scripts, and building on them in a graded system. This methodology clearly introduces the basics of Bengali/Bangla sounds and script in Unit 1, which serve as a key building block for subsequent chapters.

The most up-to-date and intuitive Bengali course on the market, Beginner's Bengali is ideal for classroom or self-study use. Includes:

Hanne-Ruth Thompson is a specialist on Bengali language structures with many years of experience of teaching Bengali at SOAS in London. She is author of Bengali: A Comprehensive Grammar (Routledge), Bengali (John Benjamins), and Bengali Dictionary & Phrasebook and Bengali Practical Dictionary, both published by Hippocrene Books. She also co-authored Krio Dictionary & Phrasebook while living in Sierra Leone.