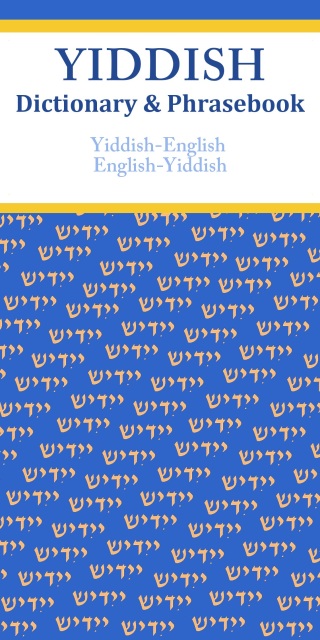 Yiddish is the native language of approximately 1.8 million people and serves as the second language for about 11 million people worldwide. The language is spoken and written in many Orthodox Jewish communities and is the primary language of many predominantly Hasidic neighborhoods, where it is commonly taught as a first language and used in schools and social settings. This handy dictionary and phrasebook provides practical vocabulary and pronunciation tools to help students, travelers, or businesspeople communicate when visiting Yiddish communities in Jerusalem, London, New York, and many other major cities around the world.

The reference also includes commonly used phrases and expressions to enrich everyday communication and cultivate the reader’s knowledge of Ashkenazi Jewish culture. Contains over 3,000 dictionary entries, each with both original Hebrew script and Romanized phonetics, and a brief introduction to the Yiddish language and grammar.