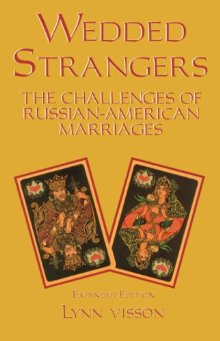 SKU: 9780781808323
$14.95
$14.95
Unavailable
per item
Russian-American marriages reflect many of the same issues and problems of other inter-cultural marriages, but at the same time face some unique challenges. Since the publication of the first edition of Wedded Strangers in 1998, the number of these mixed couples has soared. Improved relations between the countries have brought hundreds of Russians to the U.S., while Americans continue to travel to Russia for business, study and tourism. Dozens of dating and marriage agencies in the two countries are busy matching Russians with Americans.

In response to these factors and to the hundreds of letters, phone calls and e-mails that poured in from couples who read the first edition and wanted to share their own stories, Dr. Visson has expanded Wedded Strangers with new material, including new chapters on: