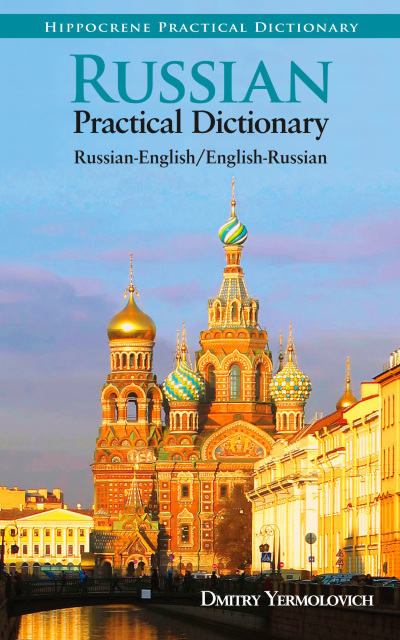 Russian is the most widely-spoken Slavic language, and its 280 million speakers make it the fifth most-spoken language in the world. It is an official language of Russia and many of the former Soviet republics, as well as the United Nations. Entries in this dictionary go far beyond simple translations and include a wealth of information: grammar and usage labels, usage examples, idioms, stress marks, and irregular pronunciations.

Russian Practical Dictionary is an up-to-date and authoritative reference for students, translators, and educators. Each Russian noun entry includes a reference to the declension pattern that the word follows, and Russian verb entries reference the correct conjugation pattern. Comprehensive declension/conjugation tables are included in an appendix.

Dmitry Yermolovich is professor of translation at Moscow State Linguistic University, from which he received his doctor's and advanced doctor's degrees. He is the author of a series of bilingual dictionaries, and has also published books and articles on translation theory and practice, lexicography, and other areas of language studies, in both academic and popular language journals.