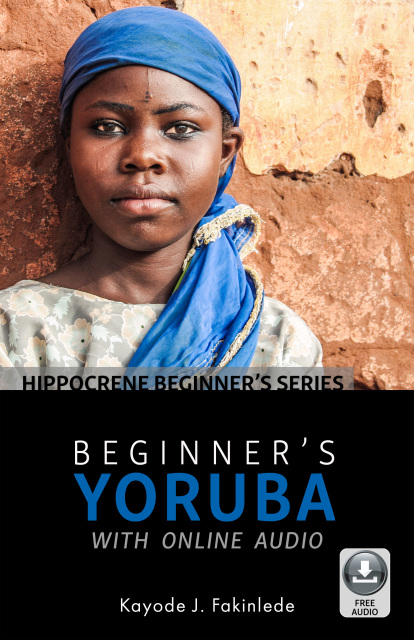 SKU: 9780781813716
$24.95
$24.95
Unavailable
per item
Yoruba, one of the national languages of Nigeria, is spoken by more than 30 million people worldwide. Yoruba-speaking populations are mostly located in southwest Nigeria, but also in parts of the Benin Republic and Togo, as well as in diaspora populations in the Americas, Caribbean and Europe.

A variety of Yoruba is used in rites of the Santería religion of the Caribbean, and many Yoruba words can be found in Candomblé, an Afro-Brazilian religion. Yoruba is also used in many other Afro-American religions in the Americas and the Caribbean. In fact, Yoruba is one of the most-widely spoken African languages outside of Africa.

Ideal for those new to Yoruba, learning at home or in the classroom, Beginner’s Yoruba with Online Audio includes:


Kayode J. Fakinlede is a research chemist from Nigeria. He is author of Yoruba-English/ English-Yoruba Modern Practical Dictionary, also published by Hippocrene Books.  He resides in New Jersey.