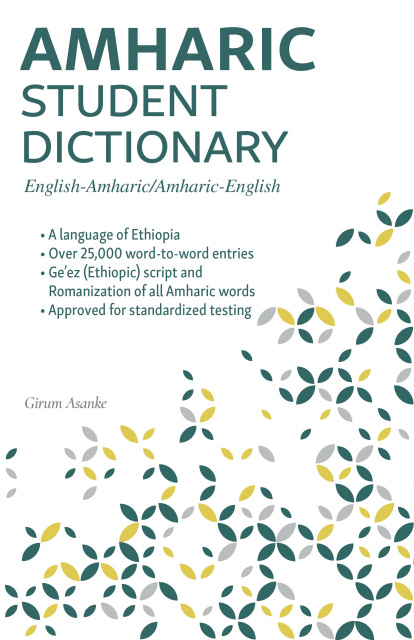 This comprehensive bilingual student dictionary includes 26,000 Word-to-Word dictionary entries, and is approved for ESL/ELL students to use for standardized testing.

Amharic is the official working language of Ethiopia, with approximately 30 million speakers. The language has been used in courts, trade and everyday communications, within the military, and in the Ethiopian Orthodox Tewahedo Church since the 13th century. Amharic is the second most widely spoken Semitic language in the world after Arabic. Unlike Arabic, however, Amharic is written left-to-right and uses a distinct script called Ge’ez script.

The two-way format makes it useful for both English and Amharic speakers. Ethiopian ELL students can look up the meaning of English words they don't recognize, and also translate their thoughts and writing in Amharic to English.