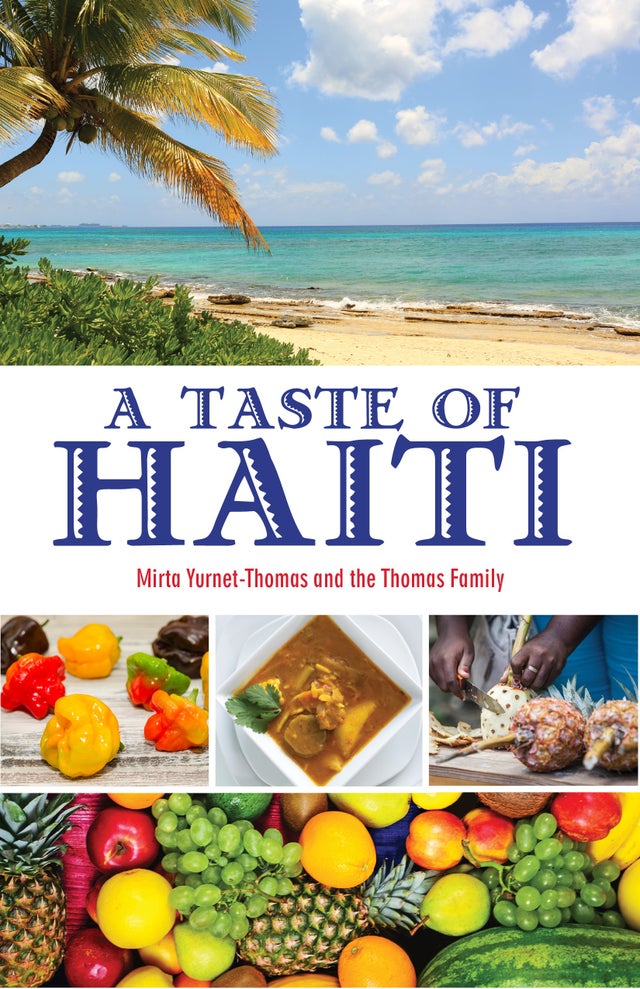 A Taste of Haiti

“a magnificent job in making known the secrets of the Haitian kitchen . . . a testimony of love, family harmony, and strong determination!”― Yvon Nicolas, Haïti Progrès

Now available in paperback for the first time, this popular Hippocrene cookbook brings the flavors of Haiti to readers. With African, French, Arabic and Amerindian influences, the food and culture of Haiti are fascinating subjects to explore. From the days of slavery to present times, Haitian cuisine has relied upon staples like root vegetables, pork, fish and flavor enhancers like pikliz (picklese, or hot pepper vinegar) and zepis (ground spices).

This cookbook offers over 100 traditional Haitian recipes, including holiday foods and the author’s favorite drinks and desserts. Interspersed throughout is information on Haiti’s history, holidays and celebrations, food staples and cooking methods to guide the home chef on a culinary adventure to this beautiful island. Recipe titles are provided in English, Haitian Creole and French.

Mirta Yurnet-Thomas is a law school graduate with a passion for food and travel. She is married to a Haitian, and was inspired to write this cookbook after she could not find a Haitian cookbook in the United States. With the help of her in-laws, she embarked on the journey of documenting favorite recipes of the family and their friends. She and her husband reside in New York City.