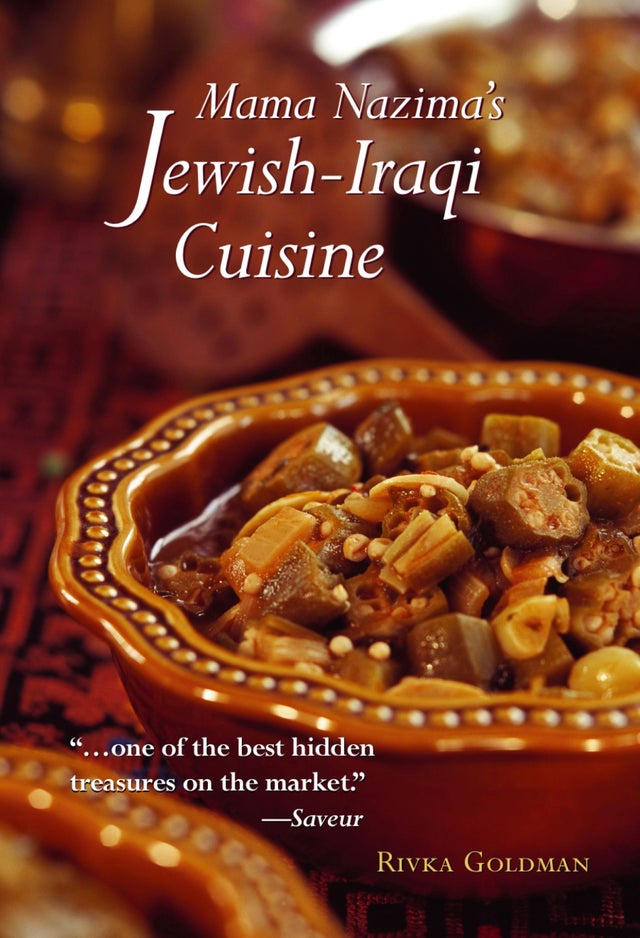 “… when it comes to understanding the soul of what makes Middle Eastern cooking so delicious, it's one of the best hidden treasures on the market.”

Now available in paperback for the first time, this unique Hippocrene cookbook explores the flavors of the Jewish-Iraqi table. When the Jews fled Iraq for Israel, they could not take their material possessions, but they did take their culture―and their rich cuisine. With Mongolian, Turkish, and Indian influences, Jewish-Iraqi cuisine is a special blend that has rarely been documented. Rivka Goldman takes the reader through her memories of an ancient land and culture and the culinary heritage passed on to her by her mother, Nazima.

This elegant cookbook memoir describes the ways in which the unique sociopolitical history of the Jewish-Iraqi people has impacted their foods and the ways in which they are eaten, supplying over 100 healthful family recipes. Refreshing salads, hearty stuffed vegetable and meat dishes, and wholesome dumpling, fish and rice dishes all accompany tales of friendship, loyalty, persecution, escape, exile, and, of course, celebration.

Rivka Goldman was born in Basra, Iraq, into a wonderful tradition and a delicious cuisine. As a child, she left Iraq as part of the forced repatriation of Jews and later learned the art of cooking from her mother, a healer who incorporated her work into traditional recipes. Married to an American, Goldman raised three children in the United States and currently resides in Los Alamos, New Mexico.