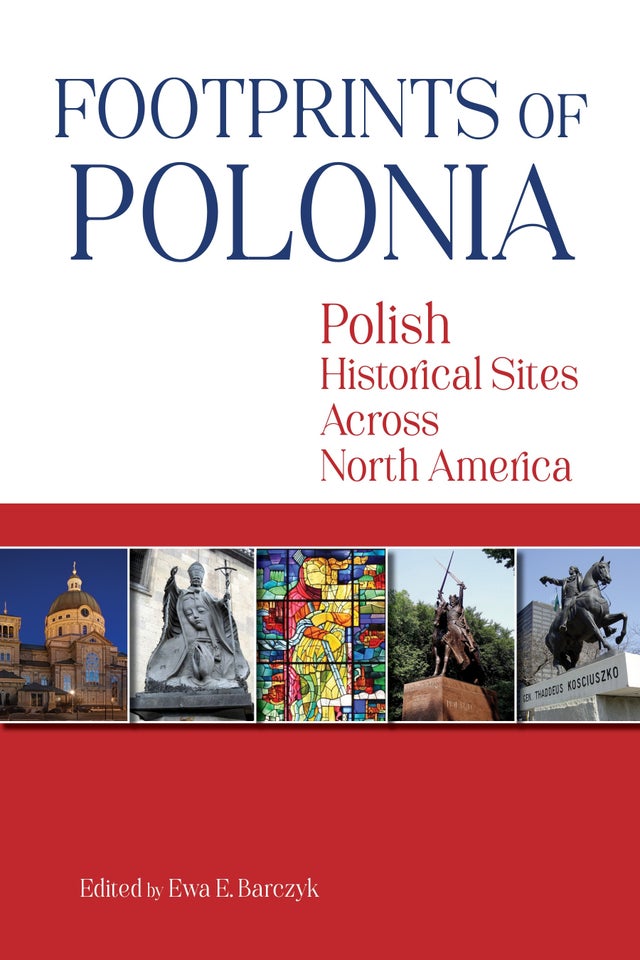 “Footprints of Polonia is an outstanding look at the way that Polish Americans have transformed America’s cities, suburbs, and towns. It is an essential guide to the physical impact of one of the country’s largest ethnic groups.”

--Dominic A. Pacyga, author of American Warsaw: The Rise, Fall, and Rebirth of Polish Chicago

"Poles have been building our country ever since Kosciuszko designed West Point. This is a story of great Polish American places of faith, fortune and fellowship."

The innumerable contributions of Polish immigrants and their descendants on communities in North America can be seen on monuments, bridges, churches, cultural centers, and cemeteries across the continent. These “footprints” of Polonia (the Polish diaspora), commemorating towering events and figures from history that are a source of pride among Polish Americans, are cataloged for readers in this unique volume. From Revolutionary War heroes Tadeusz Kosciuśzko and Casimir Pulaski to more recent figures like Pope John Paul II and political movements like Solidarity, statues and historic sites all over North America pay homage to their contributions and importance.

A version of this guide was originally published in 1992, and in the intervening decades, many shifts have occurred in Polish American communities. The Polish American Historical Association (PAHA) initiated work on this new volume with the goal of highlighting new sites of Polish-interest and the important ways in which Polish immigrants contributed to history, politics, arts and society. This book explores key Polish-interest sites in forty-six U.S. states, eight Canadian provinces and parts of Mexico and the Caribbean as well.

This project is based on the input of volunteers from Polish organizations all over North America, who helped identify the most important sites in their region and provided summaries and pictures for over 200 entries. The guide is organized alphabetically by states and provinces, with entries that describe the historical significance of each site. Most entries also include a color photo. Informative prefaces and introductions from the editor and other historians help contextualize the culture of Polish immigrants and their deep, lasting connection to Poland.

Footprints of Polonia can serve as the perfect travel companion for anyone who wants to learn about the rich history and heritage of the Polish diaspora. It is also an excellent resource for Polish language schools and Polish American organizations who want to learn more about and take pride in sites of interest in their area.